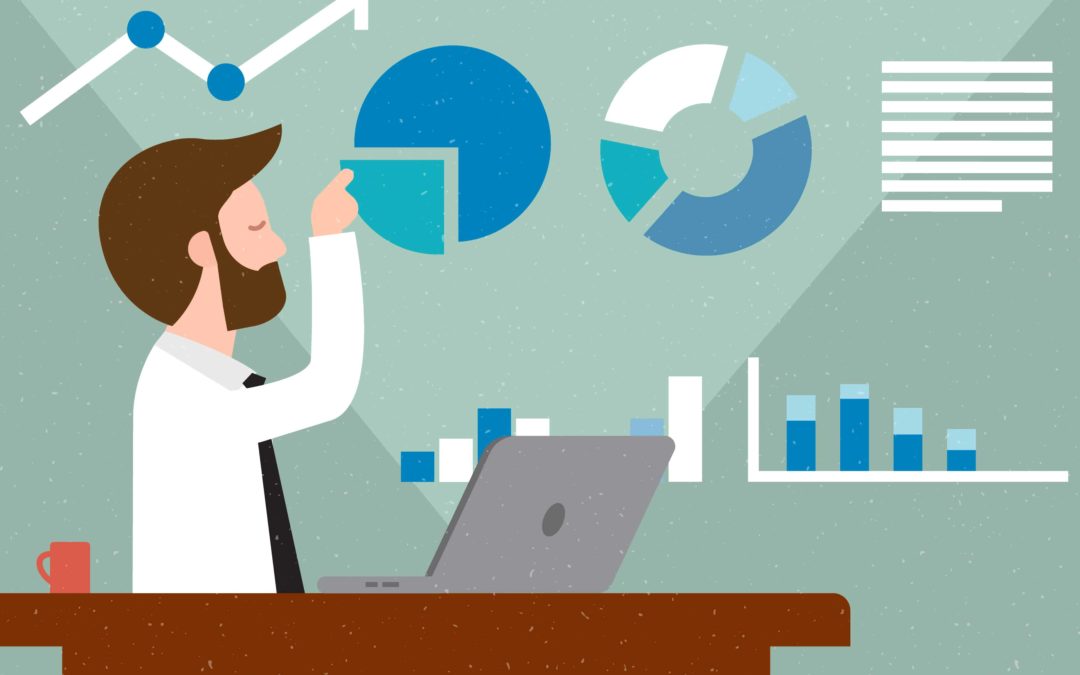 In this article, we’ll explore some recent Gmail statistics — and how to learn more about your own use of Gmail.

We’ll also cover some bonus email statistics at the end!

Let’s start with some statistics about Gmail itself.

1. There are more than 1.5 billion Gmail users.

Google usually keeps its user counts a bit under wraps, but in a tweet in late 2018, Google confirmed that Gmail has more than 1.5 billion active users around the world—a massive growth spurt from the 1.0 billion active user profile it had in 2016.

I imagine this number will only continue to grow in the future as Gmail gets better, while remaining free to individual users (and inexpensive for business users).

2. There are more than 10 million spam and malicious emails every minute, all blocked by Gmail’s automated machine learning (ML).

Phishing messages, scams, and spam emails are constantly going out—and Gmail is constantly trying to protect users from them. More than 10 million of these messages are blocked automatically by Google’s anti-abuse machine learning software every minute, which is something like 14.4 billion every day.

Even if you get annoyed by the occasional stray spam message, you can rest easy knowing for every one message that slips through, there are millions you’ll never have to deal with.

What are the end results of these efforts? According to Gmail, only 0.1 percent of all messages received by users in their inboxes are categorized as spam. That’s just 1 in every 1,000 messages.

And as long as you know how to identify suspicious messages, all it’s going to cost you is a moment to hit the delete button.

4. Only 0.05% of automatically spam-flagged messages are not actually spam.

That’s just 1 in every 2,000 messages. Still, it’s a good idea to periodically go through your spam folder and make sure nothing important got flagged as spam.

For an interesting read on why emails go to spam, click the link!

According to a 2018 Litmus study, about 27 percent of all email opens occur on Gmail, a marginal increase from 2017, when it represented 26 percent of email opens.

I’ve written before about Outlook vs. Gmail, and in line with these statistics, Gmail is noticeably better.

Do you speak Catalan? Or what about Sinhala? Gmail supports those languages.

There are 105 languages currently supported by Gmail, and Google is constantly adding support for more.

According to Backupify, the average Gmail account value is something like $3,588.85. That figure is a few years old at this point, so it might be even higher now. What constitutes an email’s value?

Either way, if you suddenly lost access to your account, you can probably think of hundreds of ways it would negatively affect your life in the short term.

Nobody has a fractional Gmail account, but on average, people tend to have 1.7 Gmail accounts. Put more reasonably, most people have more than one Gmail account—like one for business and one for personal purposes.

You thought your inbox was bad. Does it help you to know that the average account contains more than 5,700 emails? That includes multiple folders, but still—that’s a lot of information you’ll probably never need to reference.

10. About 75% of Gmail users access their email on a mobile device.

Roughly three-quarters of all Gmail users regularly access their Gmail account from a mobile device. Mobile is quickly becoming the device of choice for email users.

12. More than 20 billion emails have been migrated to Gmail.

Gmail offers a handy migration feature, and so far, more than 20 billion emails have been migrated—more than 28 million per day.

Most migrations are able to be completed in less than a day, and in many cases, just a few hours, thanks in part to Google’s intuitive and reliable migration service.

Even more impressive, 92 percent of startups choose Gmail as their business email provider. That’s because Gmail (and by extension, Google Workspace) is ridiculously beneficial for businesses, yet is highly affordable, at somewhere between $5 and $25 per user, depending on the level of your service package.

14. More than two-thirds of incoming messages are promotional in nature.

That leaves about 10 percent of incoming messages that offer something of substance.

Improve your team's email response time by 42.5% With EmailAnalytics

If anything, I’m surprised these numbers are so high.

Definitely not an April Fool’s joke, Google went live with its email platform April 1, 2004. It’s the kind of thing that seems like it’s been around forever, but it’s only been in existence for 15 years.

17. Gmail celebrated its first birthday with 2 GB of free storage.

For most users (especially casual, personal users), 2 GB is a threshold that will never be met, but for high-volume and high-profile users, this upgrade was practically vital.

Google continued to increase the limit for a while, to 10 GB at one point, and added separate storage limits for services like Drive and Google+. In May 2013, it consolidated everything with 15 GB of free storage—which you can still enjoy today.

19. Gmail was considered the best webmail service in 2006.

As you can imagine, Gmail has won its share of awards, but it was an early contender in the email game, winning “best webmail service” by Forbes magazine in 2006.

20. The longest outage in Gmail history was 2.5 hours.

So far, the longest outage in Gmail history has been in February of 2009, lasting 2.5 hours and affecting more than 100 million accounts. Considering the 1.5 billion active users of the service, it’s remarkable that Google has done so well keeping their servers reliably active.

Email is by far the most popular and common communication platform in the professional world, due to its accessibility, convenience, and reliability.

These email statistics, while not specific to Gmail, help illustrate just how powerful email is as a communication channel.

This is largely due to the increased accessibility of email and digital devices in developing countries around the world.

Though the most recent figure here is from 2015, the average worker receives at least 121 emails per day; it’s likely this figure has only grown. What’s your plan for managing these 121 emails without getting overwhelmed?

The CTR of emails is declining (largely due to distrust of marketing and sales emails), with an average rate of 3.1 percent.

4. 6% of emails are opened on mobile devices.

Mobile devices remain the most popular type of device for opening and reading emails, responsible for seeing 55.6 percent of email opens.

If you’re interested in more email-related statistics for sales purposes, we’ve written a sizable list on the topic for your perusal. I’ll recount a few of the most interesting statistics here:

Open rates for sales-related emails aren’t so good, with an average rate of 9 percent. You can improve that with one of these compelling sales email subject lines (and some interesting body content).

Only 21 percent of people will flag emails as spam, but 69 percent of all spam flags are prompted purely from the content of the subject line. You better make those subject lines count.

After that, the majority of email opens still happen within 24 hours.

4. The average email user deletes nearly half of the emails they receive.

Each day, the average person deletes 48 percent of all the emails they receive.

5. Salespeople spend more than a third of their time emailing.

The average salesperson spends about 13 hours every week writing, reading, and organizing emails.

6. Emails with questions are 50% more likely to get a response.

If you’re trying to get a response from your recipient, make sure you include between 1 and 3 questions.

Visualizing Your Own Gmail Statistics

Throughout this article, I’ve shown you statistics and facts related to Gmail’s history, current user base, and general application.

But what about Gmail in your own life? Have you ever wondered how much time you spend emailing, or more importantly, how you can reduce that amount of time you spend?

Better understanding your own Gmail statistics is a gateway to higher productivity; with the right data, you can write, read, organize, and manage your Gmail account much more efficiently, saving countless hours of time every week.

With EmailAnalytics, this kind of analysis is more than possible—it’s easy. With a single click, you can integrate your Gmail account (or the Gmail account of one of your employees). From there, you’ll get access to dozens of in-depth, customizable visuals that teach you your top senders and recipients, your average email response time, and other important variables.

After just a few minutes, you’ll have a much better understanding of your Gmail habits—and how to improve them. Sign up for a free 14-day trial today, and learn how to improve your email habits.

Jayson is a long-time columnist for Forbes, Entrepreneur, BusinessInsider, Inc.com, and various other major media publications, where he has authored over 1,000 articles since 2012, covering technology, marketing, and entrepreneurship. He keynoted the 2013 MarketingProfs University, and won the “Entrepreneur Blogger of the Year” award in 2015 from the Oxford Center for Entrepreneurs. In 2010, he founded a marketing agency that appeared on the Inc. 5000 before selling it in January of 2019, and he is now the CEO of EmailAnalytics.

35-50% of sales go to the first-responding vendor.

How quickly does your team respond to leads?